TESLA AUTOPILOT: the driving of the future 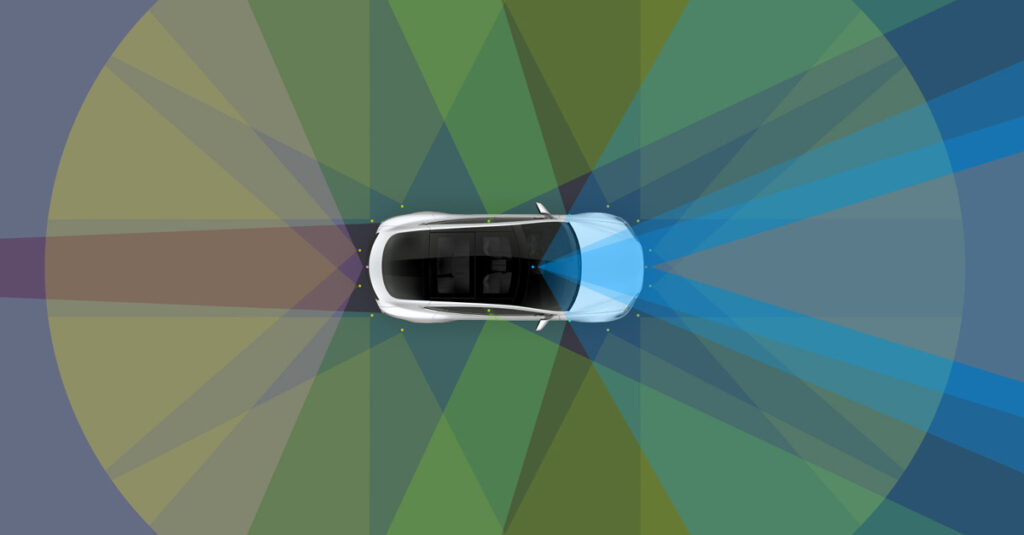 In the automotive field, electronics are playing an increasingly important role compared to traditional mechanical components. With the introduction of increasingly developed control units, real computers are able to provide the driver with all possible assistance in driving. The culmination of this electronic evolution is autonomous driving, an optional feature of the on-board computer that can receive information about the car's surroundings and process it to generate a route for the car to travel in Autopilot.

Equipped with the cars are: eight cameras that provide 360° visibility around the car within a 250m radius, twelve ultrasonic sensors that complement this vision system and allow detection of hard and soft objects at nearly twice the distance and accuracy of the previous system, and finally a forward-looking radar system that provides the computer with additional data about the surrounding environment using a specific wavelength that allows it to see through heavy rain, fog, dust and even beyond the previous cars. 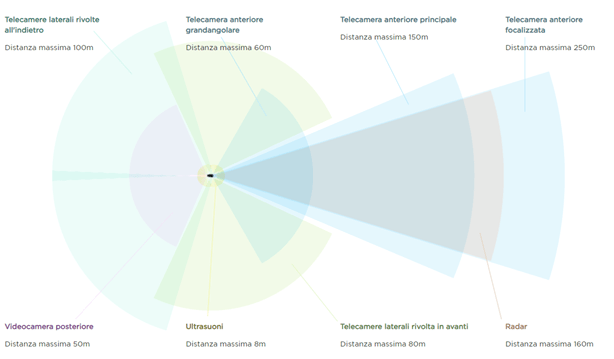 To fully exploit these components and process such a large amount of data, a new onboard computer, more than 40 times more powerful than the previous generation, runs the new software developed by Tesla based on neural networks for processing visual signals, sonar and radar.  The computer in question is the HW3: it mounts a chip developed by Tesla and produced by Samsung that can take care of all aspects necessary for autonomous driving. The company has stated that this will have a computational power equal to 36 TeraFLOPS, or able to perform 36 trillion operations in floating point in one second. These figures are staggering as this chip promises to be 21 times more performant than the competing NVIDIA chip, previously used by Musk's own company. 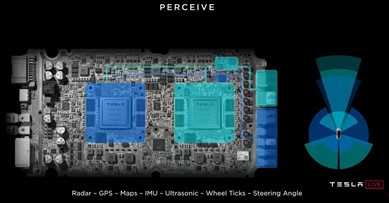 Tesla's Autopilot can be activated in four different situations:

The complexity of the reception system allows the computer to intervene instantaneously, or possibly calculate several possible future scenarios. The software is also able to learn with use, each car in fact sends its feedback to Tesla's central servers, which are then processed and used to further improve the accuracy of the driving software through OTA (Over The Air) updates that the car receives being connected to the network. The PLM (Product Lifecycle Management) policy is at the basis of the software update: in this way the cars can interact with each other with the central server acting as an intermediary, thus signaling any criticality in the system. Of course, the adoption of such computerized systems is only possible for electric cars, in which the voltage of the motors is regulated by the control unit.

The technology that will allow the car to be driven completely autonomously is currently under development. The parent company is providing customers with guidance on how to use the technology as efficiently and safely as possible, including keeping hands close to the steering wheel and keeping a watchful eye on the road at all times.

Many countries impose strict restrictions on autonomous driving for safety reasons, so Tesla has not been able to show the world the full potential of the system. In addition, every accident that occurs with Autopilot engaged is a serious setback to the systematic deployment of the technology.

Once all the barriers (technical and legislative) are broken down, the Autopilot system will bring about a radical change in the world of urban transport and in the concept of driving that we still have. That said, it is well known that Autopilot, or more generally the driving of a vehicle without human supervision, represents the future of driving.

Written by A. Capone  S. Vittoria from the VGen Engineering Hub 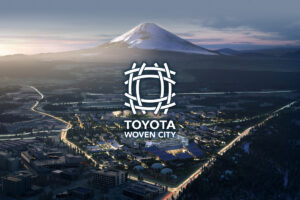 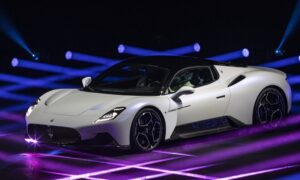 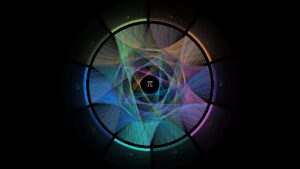 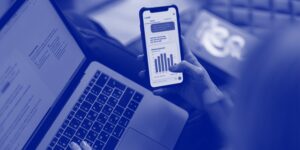 Subscribe to the newsletter to stay updated on upcoming activities!

This website makes use of cookies to improve your browsing experience and to collect information about your use of the site. We use both technical cookies and third party cookies to send promotional messages based on user behavior. You can find out more in our cookie policy here. By continuing to browse the website you agree to the use of cookies, otherwise you can leave this page.